My mission this morning was to get to a spot on the Buda side across from the Parliament Building half an hour before sunrise which meant setting an alarm for 5:30 am.  I think it was worth it…

Later that morning it was back to the Parliament Building for my tour.  It really is a beautiful building, surprising for a former communist country, but it dates back to the days before communism. 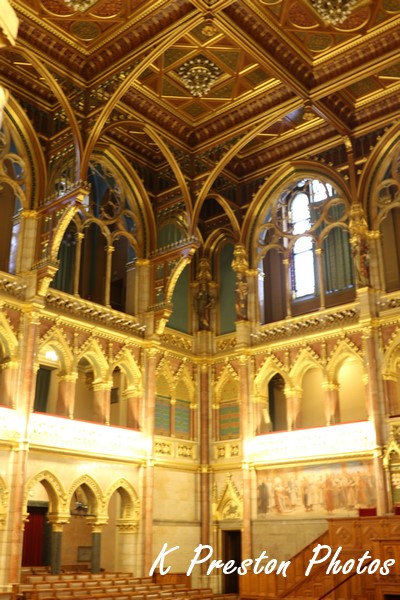 This is the Chain Bridge, one of Budapest’s most iconic bridges and the first permanent bridge to join Buda & Pest.  It’s guarded at either end by 2 large lions with no tongues.  The story is that the architect that designed the bridge jumped into the Danube after realizing they were tongueless.

After my Parliament Tour I headed off to find the Great Market Hall.  At 10,000 square meters, it’s the largest and oldest in Budapest.  It was restored in the 90’s after being closed for some years after WWII.  Another amazing building and, even though there were a lot of tourists in there (taking pictures like me), I did see a lot of locals buying their meat and produce. 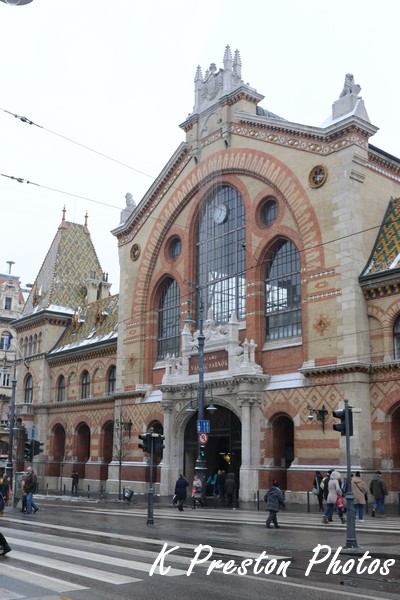 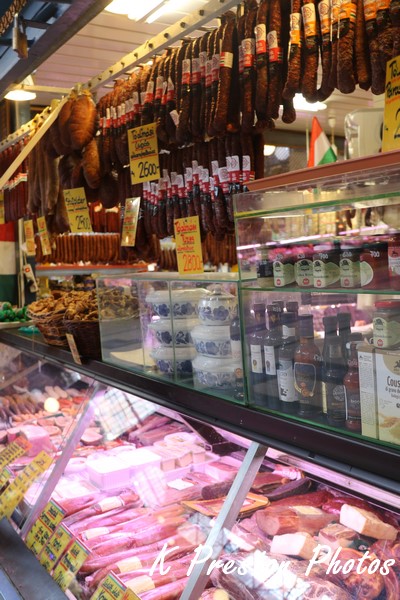 After the market, I set out to find the Jewish synagogue and the Emanuel tree memorial.  It is a weeping willow with the names of Hungarian Jews killed during the Holocaust on each leaf.  The tree was commissioned by a foundation created by Tony Curtis whose father was Hungarian.

By now it’s after noon and time for a rest and some lunch.  My next stop is the New York Cafe.  At the turn of the 20th century, it was the most popular coffee house in Budapest, frequented by many writers and editors.  After the War it fell into disrepair, and although it was reopened as a coffee shop in 1954, it wasn’t until 2006 that it was restored to it’s original splendor.

This last picture shows once again that Europeans don’t let winter stop them.  Even with snow on the ground, the shops still have goods outside and restaurants still have outdoor seating (with heaters of course).