Tired from all the walking the day before, I didn’t do too much today.  After breakfast I walked over to the Movenpick (the staging hotel for the ship) to ask them a few questions about my afternoon tour to Zaanse Schans.  On the way I was practically run over by bikes as the ferry had just docked.  It’s absolutely unreal, here’s a short video clip of the organized chaos that I took later – it gives you an idea, but this ferry wasn’t near as full.

I wandered around a little more, took a few pictures and found an atm. 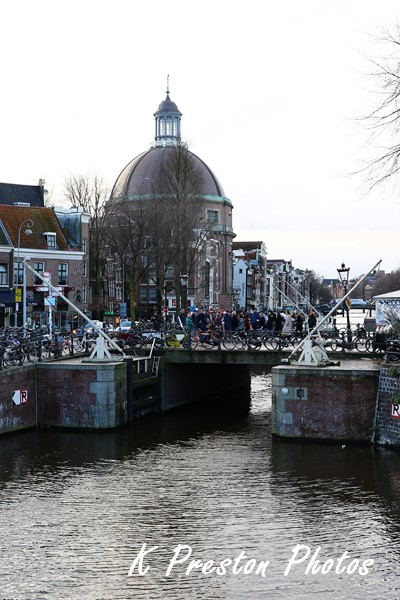 That afternoon I did a tour to Zaanse Schans, an assembled village of working windmills and craft shops located just outside Amsterdam.  The paint mill (Dye Mill de Kat) still makes pigment for artist’s paint and is the last wind-powered dye mill in The Netherlands. 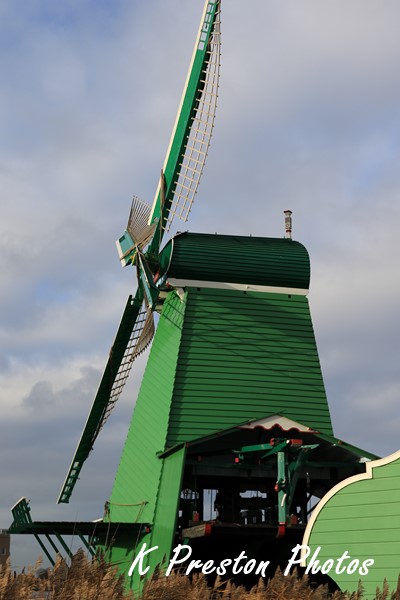 We also saw a cheese making demonstration (of course I had to buy some, not sure if it will make it home though!) and a clog making demonstration.  Although I haven’t seen anyone wearing them, apparently they still do, in some industrial places they are allowed to be worn instead of steel toe boots.

After the tour, we headed to our new home for the next two weeks, the Avalon Vista.  The ship is only a few year old, so it’s very nice and both the staff and the food are wonderful.