This was our first full day on land since Amsterdam, in the lovely city of Regensburg.  Unlike Nuremburg, Regensburg didn’t sustain much damage in WWII so much of it’s medieval character has survived and the old city has been named a UNESCO world heritage site.

In the medieval times, rich families built towers on their homes to show their status and outdo their neighbours.  The silly thing is, these towers had no floors or stairs, they were just empty shells.  Regensburg still has 20 of these towers, although 19 have had floors added over the years.  This is the tower that still remains an empty shell.

This statue is a warning that things may not be as they seem, on the front it appears to be a priest feeding the geese, on the back you see it’s really a fox who is eating the geese. 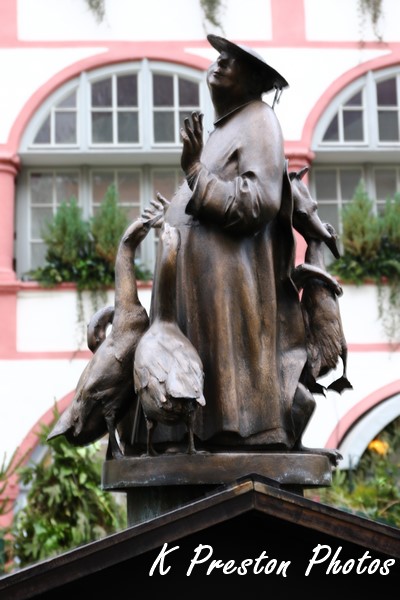 A few general pictures of the old city… 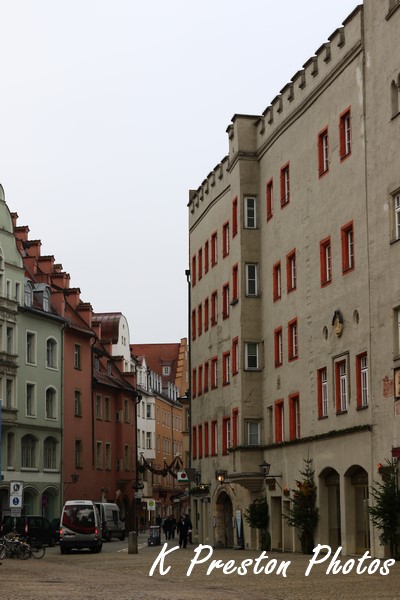 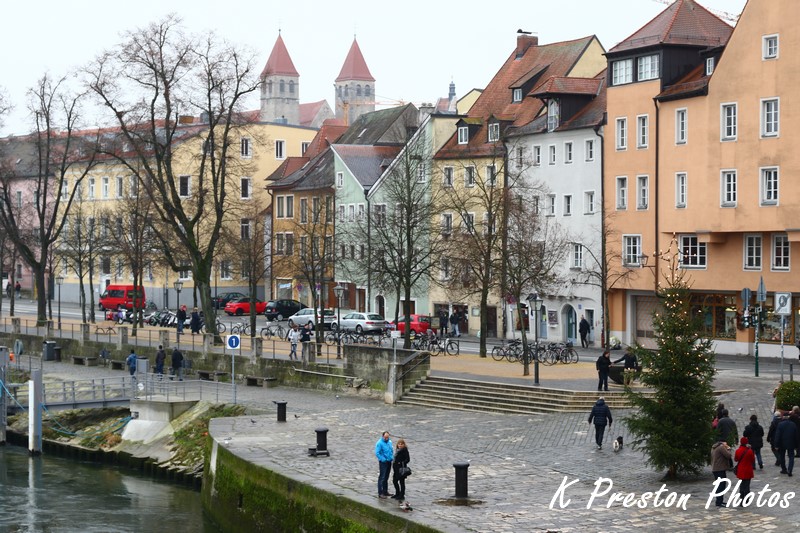 We were given vouchers for sausage and sauerkraut (and a beer of course) at Historiche Wurstkuchl (Historic Sausage House).  It is considered to be the oldest continuously operated public cookshop in the world, open since 1146 when the old stone bridge was constructed.  The current building is much newer, it dates back to the 17th century.

Porta Pretoria is the oldest preserved building in Regensburg, dating back to 179 AD.  This is the remains of the east gate. 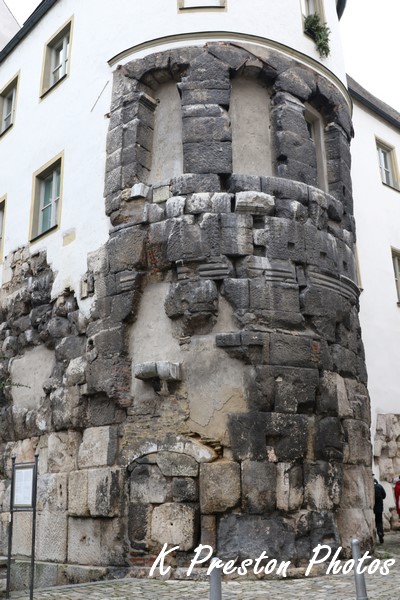 After a tour of yet another palace (sorry, not allowed to take pictures) Avalon treated us to an a-capella concert at the Alte Kapelle.  The Alte Kapelle (The Old Chapel) looks very unassuming from the outside, but on the inside is another story. 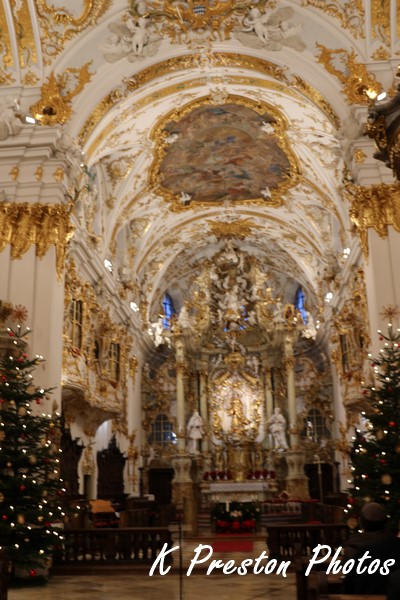 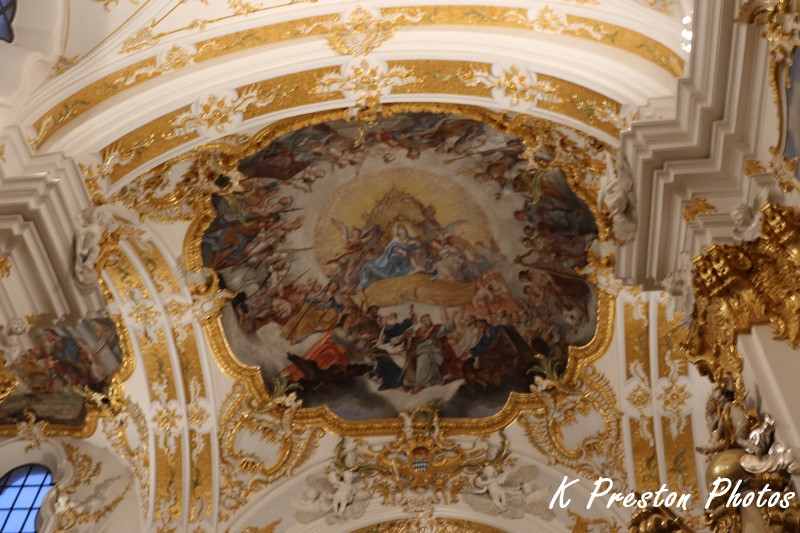 The Spitzwegquartett, 4 former members of the Regensburger Domspatzen, performed a number of Christmas songs for us.  The acoustics in the church were amazing, it was a wonderful experience.  I video taped a few of the songs, but I think you’ll recognize this one…

The new organ, which was dedicated by Pope Benedict XVI in 2006, is the only one ever blessed by a pope in person.